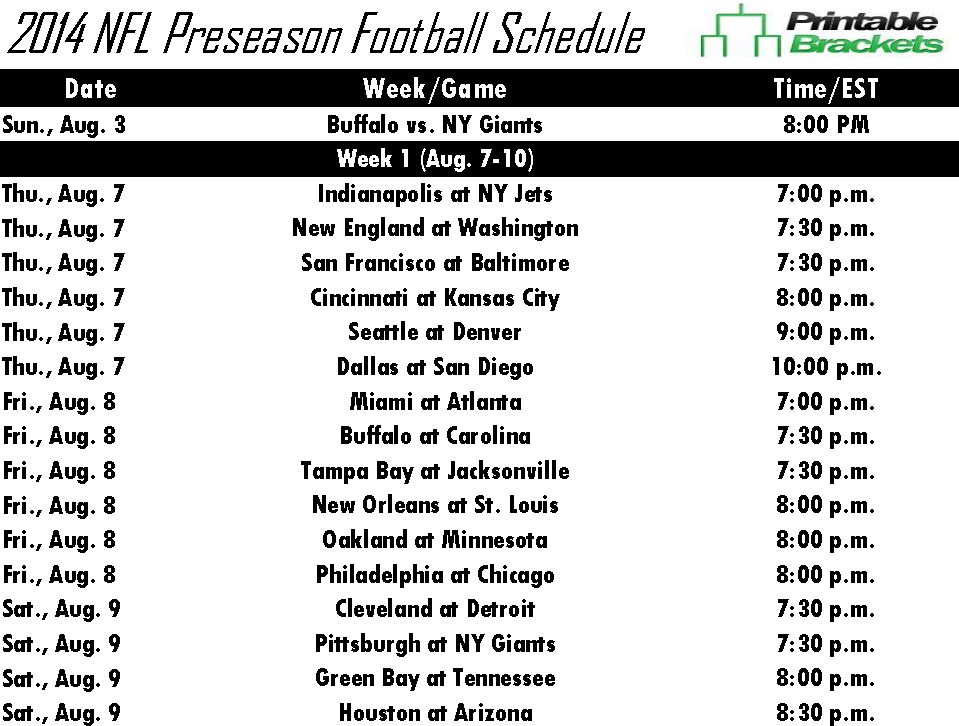 The 2014 NFL Preseason schedule opens up with the Buffalo Bills battling the New York Giants in the annual Hall of Fame Game in Canton, Ohio. You can get ready for the all the exhibition action with the full 2014 NFL preseason schedule from PrintableBrackets.net.

The 2014 NFL preseason schedule is printable and can be downloaded instantly. You can also find the complete 2014 NFL regular season schedule, as well as printable schedules for all 32 NFL teams right here at PrintableBrackets.net.

The NFL is back with the preseason opener on Sunday, August 3rd with the annual Hall of Fame Game. The exhibition bout is the final event during the NFL’s Hall of Fame weekend. This year, Michael Strahan, Andre reed, Derrick Brooks, Ray Guy, Walter Jones, Aeneas Williams and Claude Humphrey will all be inducted into the Pro Football Hall of Fame.

Meanwhile, DeSean Jackson is scheduled to make his debut with the Redskins when Washington hosts the New England Patriots on August 7th. Also on the 7th, new quarterback Michael Vick and the New York Jets will host Andrew Luck and the Indianapolis Colts.