History of the Australian Open Draw 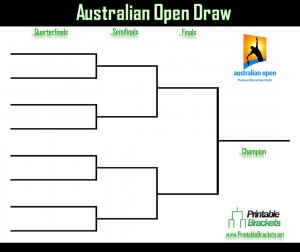 What is known as the “Open Era” began in 1968. This marked the first time events allowed professional players to compete against amateurs. Before the era began, Australian Roy Emerson collected six singles championships on the men’s side. While on the women’s side, Margaret Court collected seven of her 11 championships before the start of the era.

In the 2013 men’s singles final, Novak Djokovic outlasted Andy Murray to win the Aussie Open for the fourth time in his career. Djokovic captured his third straight Australian championship by notching a 6-7, 7-6, 6-3, 6-2 win. On the women’s side, Victoria Azarenka downed Li Na to win the Aussie for the second straight year.

With his victory, Djokovic tied Andre Agassi and Roger Federer atop the all-time championship list. Djokovic’s three straight titles are also the most by any male in the Open era. Meanwhile, American Serena Williams leads all women with five championships since the start of the era. In 2003, the legendary Martina Navratilova became the oldest player to win a singles title at 46 years and three months.