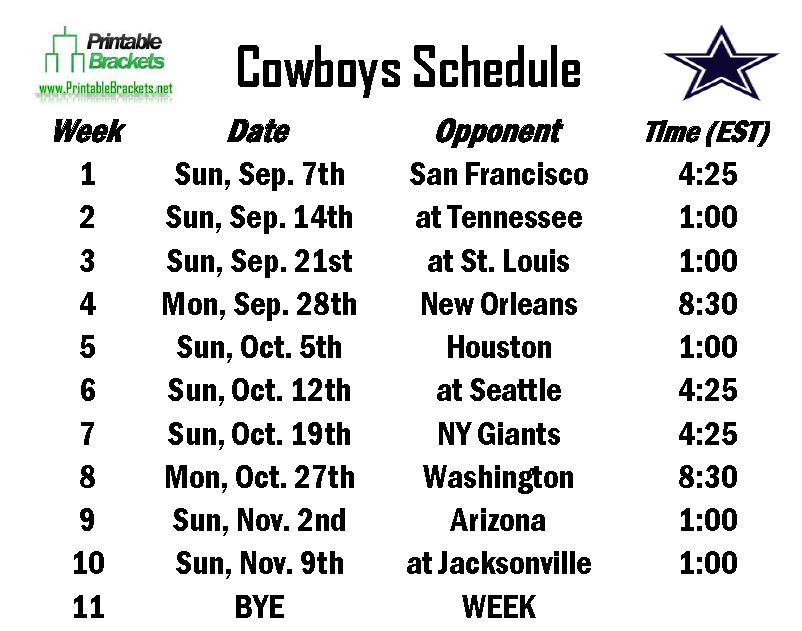 The Dallas Cowboys remain one of the most popular teams in the NFL today. While the Cowboys’ recent history hasn’t been as kind, their popularity is due in large part to their decorated history and past success. Before looking at this season’s Cowboys schedule, let’s look back at the history of “America’s Team.”

Cowboys Schedule: Past and Present

The Cowboys became a franchise as an expansion team in the NFL in 1960. In 1966, Cowboys suffered a 34-27 loss to the Green Bay Packers in the NFL Championship Game. The teams would meet again in the title bout the following year. The Packers would come out on top again, 21-17, in the game that has been dubbed the “Ice Bowl” due to sub-zero temperatures and a -40+ wind chill temperature.

In 1989, Arkansas businessman Jerry Jones purchased the team and subsequently fired legendary head coach Tom Landry. Jones replaced Landry with Jimmy Johnson and the team would go on to go 1-15 in ’89. However, spearheaded by the infamous Hershel Walker trade, the Cowboys were on the brink of a renaissance.

The recent history of the Cowboys has been defined by disappointment. Since 1996, Dallas has only two playoff wins and seven postseason losses. Quarterback Tony Romo has been named to the Pro Bowl three times and led the team to a pair of division titles, but has also been directly responsible for blunders that have led to early playoff exists and crushing regular season losses.