The event was originally dubbed the “National Little League Tournament” and was comprised only of teams from the United States upon its inception in ’47. In 1976, the tournament changed its format by splitting it into one bracket for American teams and another bracket for International teams. The tournament features youth baseball players aged 11-12.

On the United States side, one team will represent each of the following regions: 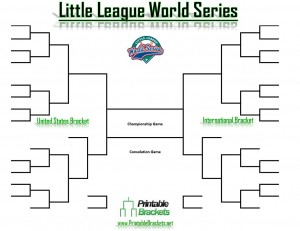 On the International side, one team will represent each of the following regions:

A club representing Williamsport defeated Lock Haven, PA in the first-ever championship game, 16-7, in ’47. However, Lock Haven edged St. Petersburg, FL to win the title the following year. The first International team to win it all was from Monterrey, Mexico in 1957.

No nation has won more LLWS titles than Taiwan, which enters 2013 with a whopping 17 championships. Taiwan’s last title came in 1996. Japan is second on the all-time list with eight. Japan crushed a club from Tennessee, 12-2, in five innings to win the title in 2012. The state of California is third with seven overall championships.

Perhaps the most famous name to ever play in the Little League World Series is Danny Almonte. Just weeks after helping his Bronx team to a third-place finish in 2001, it was revealed that Almonte was two years too old to be playing in the tournament.