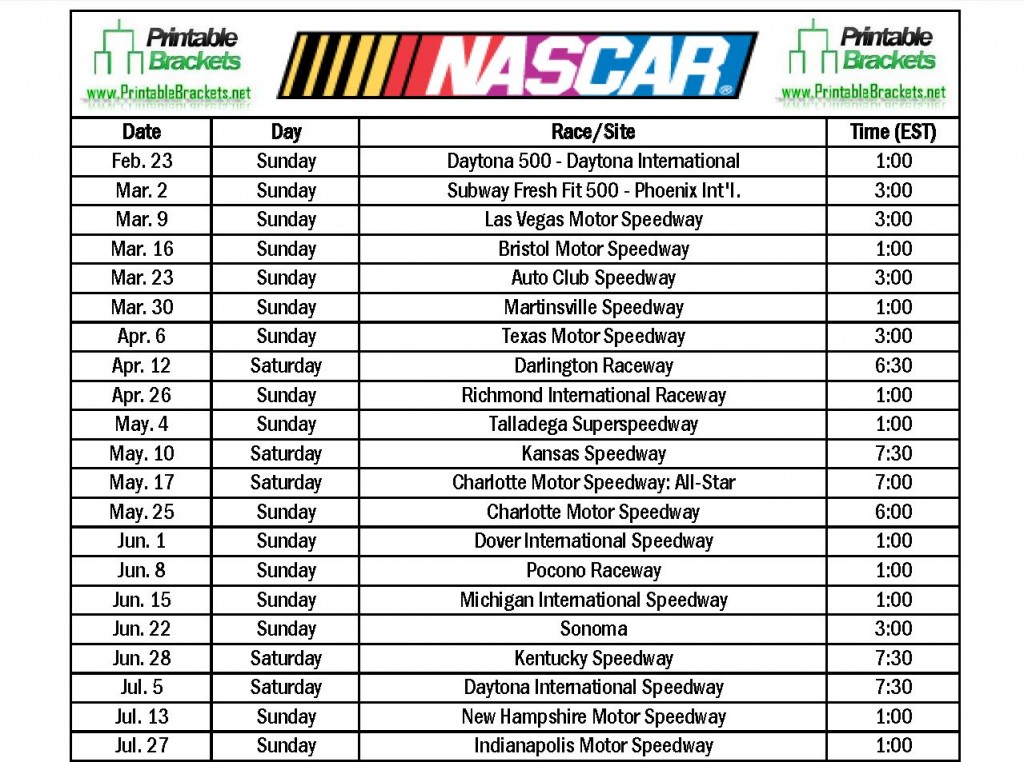 Few sports organizations are more synonymous with the United States than NASCAR. The NASCAR schedule in 2013 begins with the Daytona 500 at Daytona International Speedway on Sunday, February 24th. Stops on the NASCAR 2013 schedule include Las Vegas, Phoenix, Texas, Kansas, Charlotte, Michigan and many more. The Chase for the Sprint Cup and the NASCAR 2013 schedule will wrap up at Homestead-Miami Speedway on Sunday, November 17th.

What is now known as the Sprint Cup Series was originally called the Strictly Stock Series in ’49. The name was changed to “Grand National” in 1950 before becoming the “Winston Cup Series” in 1971. The new name lasted until 2003 when the sponsoring rights were purchased by NEXTEL, who later merged with Sprint, changing the name to the “Sprint Cup Series” in 2008.

The first series championship was won by Red Byron in ’49. Byron had two wins and four top-10 finishes. Sports legends Richard Petty and Dale Earnhardt are tied for the most series championships with seven apiece. Petty captured the first of his titles in 1964, with his last coming in 1979. Earnhardt’s first was in 1980, with his last coming in 1994.

Earnhardt died after a crash on the final lap at the Daytona 500 in 2001. In the wake of his death, NASCAR mandated that all drivers wear a Head and Neck Support Device. NASCAR also made significant changes to cars in an effort to improve driver safety later in the decade.

In terms of popularity, only the NFL gets better TV ratings in terms of sports in America. NASCAR races are also televised in more than 150 countries around the world. However, ratings dropped 33% between 2005 and 2010.