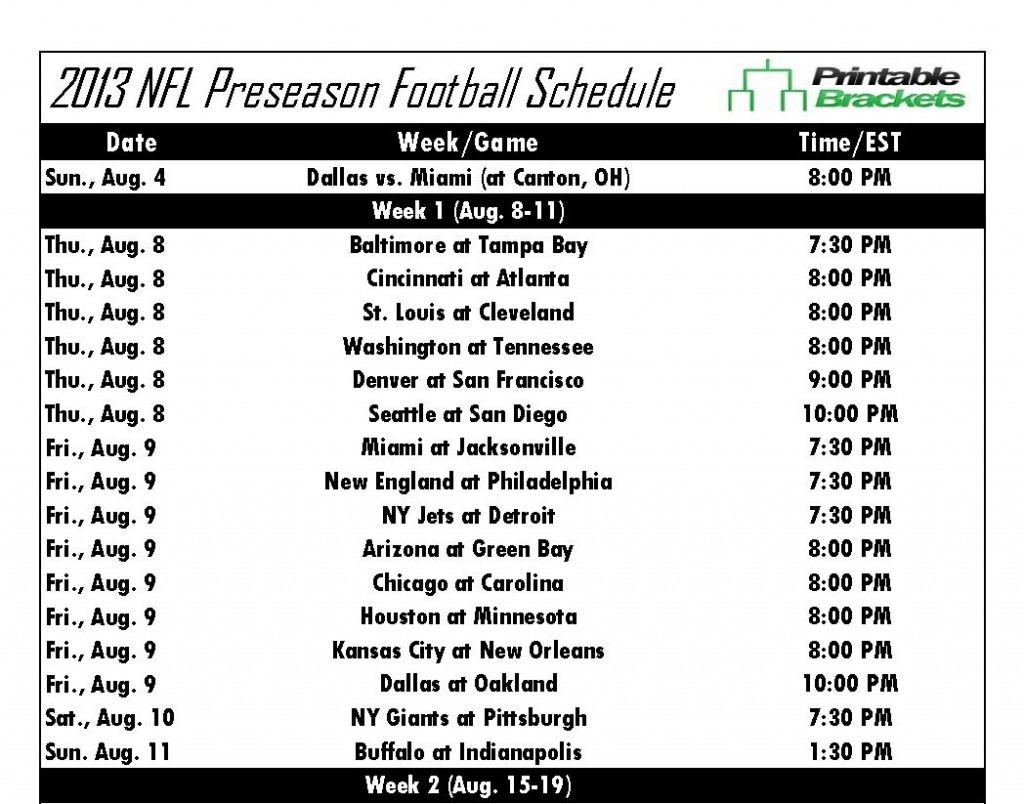 NFL football returns to the field with the annual Hall of Fame Game on Sunday, August 4th.  The exhibition affair wraps up Hall of Fame weekend in Canton. In the first-ever Hall of Game, the New York Giants and St. Louis Cardinals played to a 21-21 tie in 1962. The game has been played every year since with the exception of 2011 when it was cancelled due to the lockout.

Week One of the 2013 NFL Preseason schedule begins on Thursday, August 8th. The following day, the New England Patriots will be on the road to face the Philadelphia Eagles. The Pats will be on the field for the first time since the arrest of tight end Aaron Hernandez.

Week Three of the preseason is traditionally when the starters and regulars will see the most playing time. Some notable matchups in Week Three include the annual meeting between the New York Giants and New York Jets, an NFC affair between the Seattle Seahawks and Green Bay Packers, and an exhibition bout featuring the Minnesota Vikings and San Francisco 49ers.

The 2013 NFL Preseason schedule wraps up on Thursday, August 29th. On that date, all teams will play their final game of the preseason. The 2013 NFL regular season begins when the defending Super Bowl champion Baltimore Ravens face Peyton Manning and the Broncos in Denver on Thursday, September 5th.