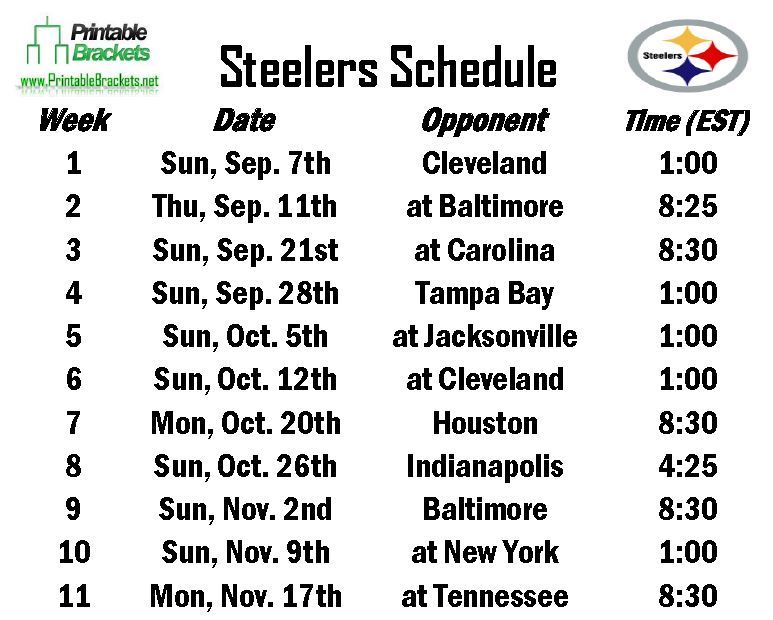 Few franchises in all of sports are more respected and revered than the Pittsburgh Steelers. Since the NFL-AFL merger in 1970, the Steelers have perennially been a force to be reckoned with. Some of the greatest players in league history have also suited up in black and gold. Before taking a look at the new Steelers schedule, here’s a look at their storied past.

Steelers Schedule: Past and Present

The Steelers were born as the Pittsburgh Pirates in July 1933. In addition to being one of the oldest franchises in the NFL, the Steelers are the oldest team in the AFC. After failing to reach the playoffs in each of their first seven seasons, the team became the Steelers in 1940. Due to World War II, the Steelers and Philadelphia Eagles merged to become the “Steagles” for one year in 1943. They then merged with the Cardinals in 1944 before resuming play as the Steelers the following year.

The Steelers made the playoffs for the first time in 1947, but would fail to do so again until 1962. Things began to change for the franchise after the hiring of head coach Chuck Noll in 1969. After the addition of future Hall of Famers Terry Bradshaw, “Mean” Joe Greene, Jack Ham and Franco Harris, a dynasty would soon be born.

The Steelers captured the first of their four Super Bowl titles in the 1970s when they defeated Minnesota Vikings in Super Bowl IX. Pittsburgh then beat the Dallas Cowboys in Super Bowl X and Super Bowl XII before dismantling the Los Angeles Rams in XIV in 1979.

The duo also helped lead the Steelers to a spot in Super Bowl XLV, but they suffered a 31-25 loss to the Green Bay Packers. Still, entering the 2014 Steelers schedule, Pittsburgh’s six Super Bowl titles are the most in NFL history.