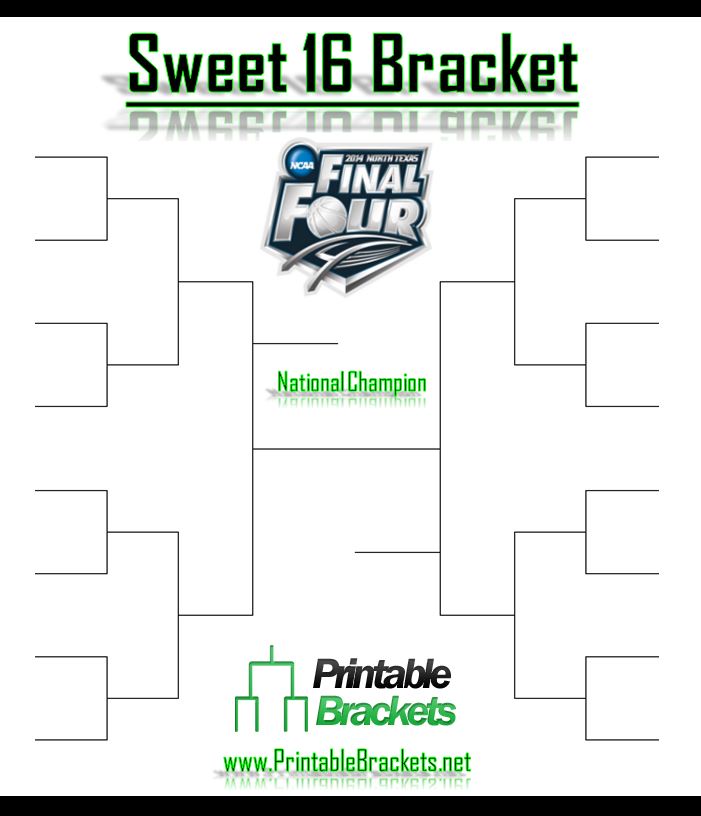 The Sweet 16 bracket is reserved for the teams who survive the opening rounds of the NCAA basketball tournament. The schools that advance to the round of 16 are nearly as fortunate as the fans and pool participants who get out of the first weekend of the tournament without their bracket being completely busted.

By the end of the opening rounds, thousands of fans have launched their March Madness sheets into a trash bin. However, a Sweet 16 sheet allows those unlucky people the opportunity to start fresh and begin a completely new office tournament. The Sweet 16 sheet runs all the way through the national championship and gives everyone a shot a redemption.

History of the Sweet 16 Bracket

The field for the NCAA men’s basketball tournament currently consists of 68 teams, but the inaugural tournament in 1939 only included eight. The “Big Dance” expanded to 16 teams in 1951 and expanded several more times before adopting its current format in 2011.

In 2012, the eventual national champion Kentucky Wildcats appeared in the Sweet 16 for the 43rd time in history. Since the tournament expanded to 64 teams in 1985, the eight-time national champion Wildcats have been to the round of 16 a total of 17 times.

The locations and venues for the Sweet 16 and Regional Finals in 2013 are:

The 2013 Final Four will begin at the Georgia Dome in Atlanta on April 6th. The national championship game will be played on April 8th.