In 2012, the MLB World Series bracket expanded to allow a second Wild Card team to enter the postseason, bringing the total number of teams in postseason play to ten – five each from the American League and National League. 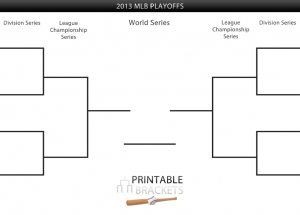 The two division winners with the best record in each league earn homefield advantage during the Division Series, which is a best-of-five series. In 2012, the Division Series became a 2-3 format with the higher seed going on the road for the first two games and returning home for the final three games of the series, if necessary.

The winner of the ALCS and NLCS earns its league’s pennant and advances to play in the World Series. Since 2003, homefield advantage in the World Series has gone to the league that wins the MLB All-Star Game, a system created by Commissioner Bud Selig to give the game more meaning after the 2002 game ended in a tie.