Every year, the French Open is the marquee’ clay court tennis event in the world. Arguably the most grueling of the four “Grand Slam” events takes place on the legendary clay courts in Paris. The 2013 French Open draw will take place shortly before the tournament begins on Sunday, May 26th. Weather permitting, the 112th edition of the event will wrap up on Sunday, June 9th.

History of the French Open Draw

The modern-day version of the French Open began as the French Championships in 1891. Only men participated in singles competitions until women’s singles were introduced in 1897. In the first-ever men’s final, H. Briggs defeated P. Baigneres in straight sets, 6-3, 6-4. 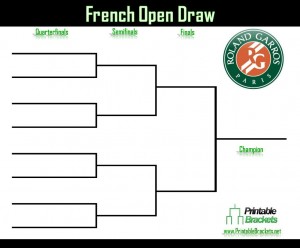 What is known as the “Open Era” began in 1968. This marked the first time events allowed professional players to compete against amateurs. Since the start of the era, no player has dominated the clay courts more than Spain’s Rafael Nadal. In 2005, Nadal captured the first of his record seven French titles. Nadal also matched Bjorn Borg’s record by winning four straight titles from 2005-08. Borg won four in-a-row from 1978-81.

On the women’s side, American Chris Evert has won an all-time high seven championships. Evert’s first title came in 1974. At 31 years and six months, Evert became the oldest woman to win the title in 1986. Her record still stands entering 2013. Monica Seles and Justine Henin share the record for most consecutive titles won with three. Seles’ run lasted from 1990-92, while Henin’s went from 2005-07.

In 2012, Nadal and women’s champion Maria Sharapova each pocketed just under $1.9-million each for their respective victories. Runners up Novak Djokovic and Sara Errani each earned just under $950,000.