For sports fans, there may be no better four-day stretch during the year than the opening weekend of March Madness. Millions of Americans participate in office pools during the NCAA men’s basketball tournament. For those in charge of running these pools, keeping track of all the participants and their scores can be extremely difficult. Now, an NCAA office pool worksheet is available to do the work for you.

The March Madness field is comprised of 68 teams and a total of 67 games will be played to crown a national champion. The second and third round of the tournament consists of 48 games over a four-day stretch, with 16 games apiece on Thursday and Friday, and eight games apiece on Saturday and Sunday. 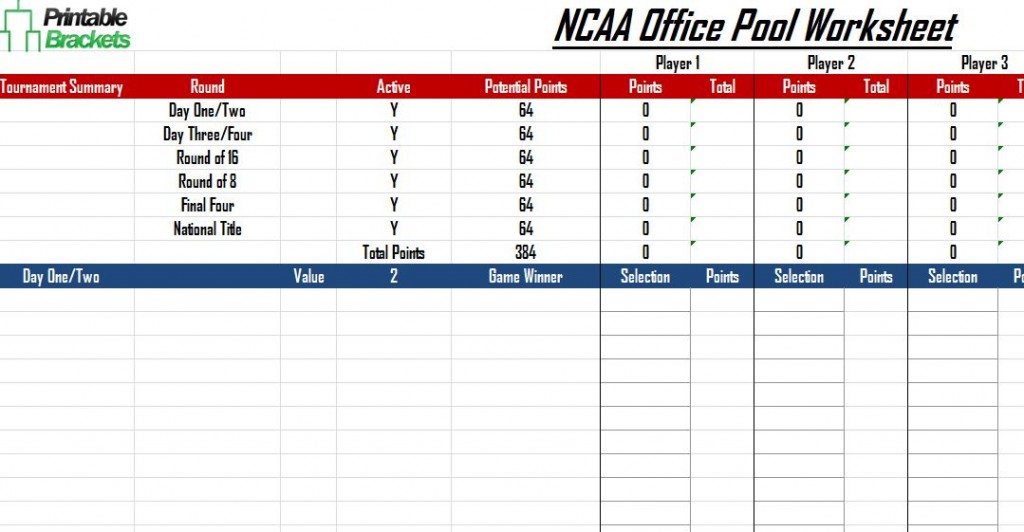 Documenting all the action can be a nightmare for those running a March Madness office pool, especially if there are a large number of participants. That’s why an NCAA office pool worksheet can substantially ease the burden placed on those responsible for tracking the action.

The March Madness office pool worksheet is easy to use and understand. The first step is to determine how many points each victory in the respective rounds will be worth. Some will award only one point for each victory throughout the tournament, while others will use a weighted system that either rewards upsets or victories by teams that advance deep in the tournament.

Next, it’s time to put in the schools who will be playing against each other and when. This may initially appear to be a daunting task, but it will save so much time in the long run because results and point totals will automatically be calculated following the conclusion of games.

March Madness is a time for sports fans that is supposed to be enjoyed. With the office pool worksheet, you can enjoy all the action AND keep track of your March Madness pool at the same time.