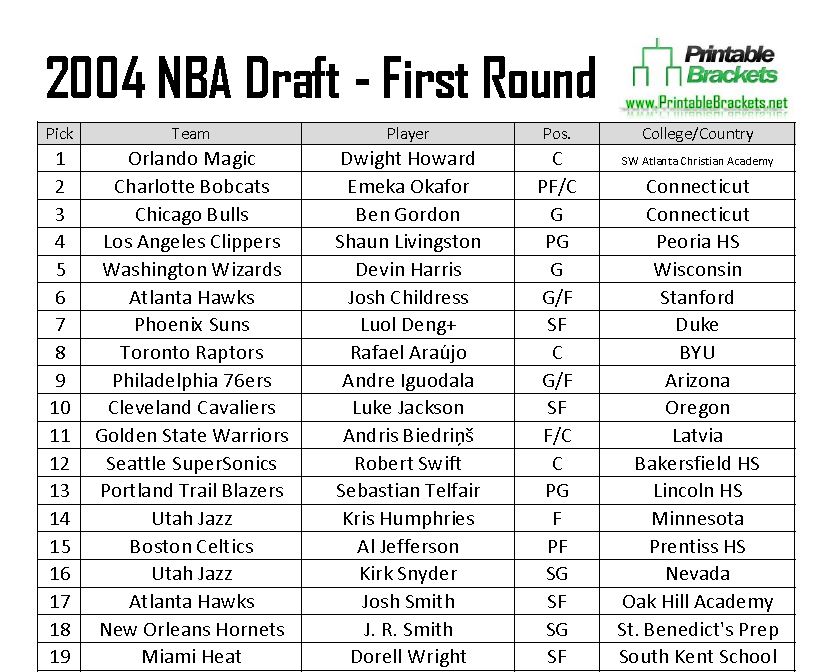 The Orlando Magic selected center Dwight Howard with the top overall pick in the 2004 NBA Draft. Howard came to the NBA right out of high school after being named the Naismith Prep Player of the Year. Howard went on to start all 82 games during his rookie season. He would win the first of several Defensive Player of the Year awards in 2009.

Howard was one of eight players selected directly out of high school in the 2004 NBA Draft.

Other notable players taken in the first round of the 2004 NBA Draft include Kris Humphries, Al Jefferson, J.R. Smith, Jameer Nelson, Tony Allen and Delonte West. The Minnesota Timberwolves had to forfeit their first round pick due to salary cap violations.

Okafor took home Rookie of the Year honors for the 2004-05 NBA season. Okafor, Howard, Gordon, Iguodala and Deng were named to the league’s All-Rookie team.