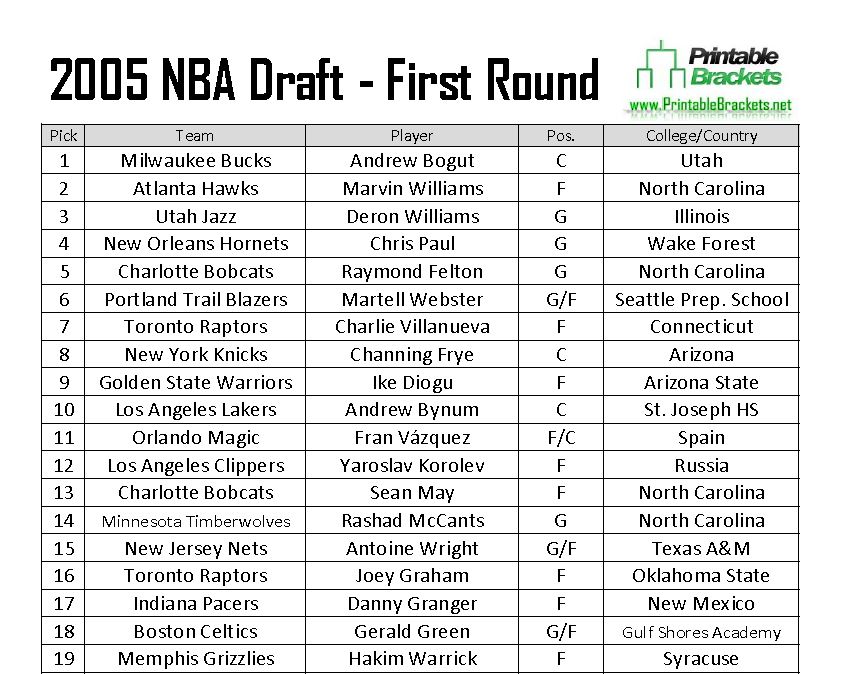 The Toronto Raptors selected forward Andrea Bargnani with the top overall pick in the 2005 NBA Draft. Bargnani came to the NBA after spending time as a professional in Italy. The seven-footer appeared in 65 games in his rookie season, averaging 11 points and just under four rebounds per game. Bargnani spent the first seven years of his career in Toronto before being dealt to the New York Knicks in 2013.

Other notable players taken in the first round include Gerald Green, Nate Robinson, Jarrett Jack and Francisco Garcia.

Chris Paul was selected as the Rookie of the Year for the 2005-06 NBA season. Paul, along with Bogut, Villanueva, Deron Williams and Frye were named to the All-Rookie First Team. Notable players who went unselected in the 2005 NBA Draft include Will Bynum, Chuck Hayes, Aaron Miles and Ronnie Price.