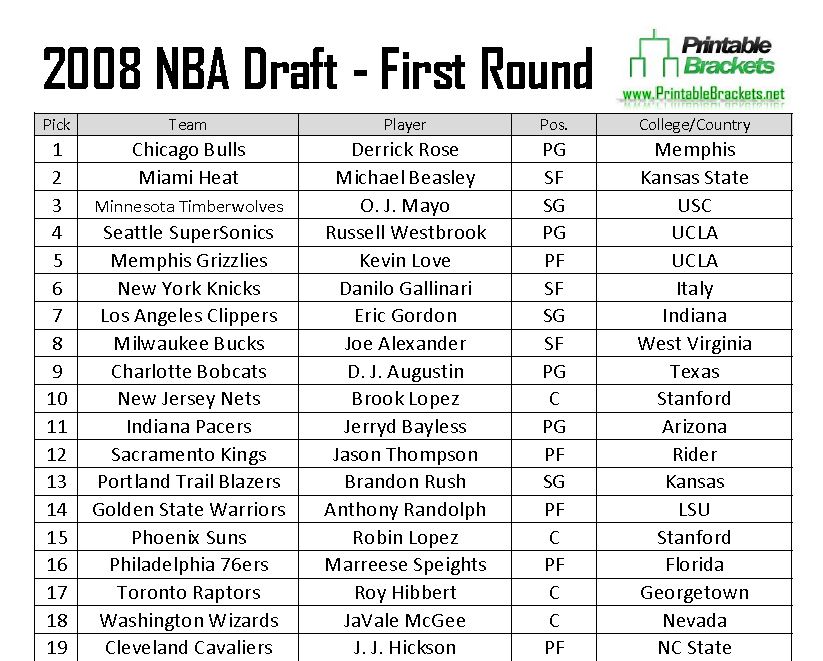 The Chicago Bulls selected guard Derrick Rose with the first overall pick in the 2008 NBA Draft. Rose joined the Bulls after spending one year at the University of Memphis. The Tigers reached the national championship game in Rose’s only year with the team.

Rose would go on to win Rookie of the Year honors for the 2008-09 NBA season and made the All-Star team in his second year.

The Grizzlies later sent the draft rights to Love to the Timberwolves in exchange for the rights to Mayo.

Rose, along with Mayo, Westbrook, Brook Lopez, and Beasley were named to the 2008-09 NBA All-Rookie First Team. Notable players selected in the second round of the 2008 NBA Draft include Nikola Pekovic, Mario Chalmers, DeAndre Jordan, Omer Asik and Goran Dragic.